Jim Moray announces he'll be Skulking on his 2013 UK tour 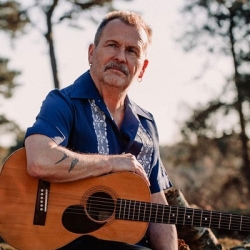 Perhaps one of the first musicians to appear prominently in the newest wave of 21st-century modern folk artists, Jim Moray's recording career couldn't have got off to a more acclaimed start.

In 2003, his name seeped into end-of-year lists and music journo's round-ups of 'the next big thing' and 'ones to watch', chiefly as a result of the superb debut-album "Sweet England". Already blessed with a title that either conjures up thoughts of primrose-filled meadows and bobbies on bicycles or an acute case of sarcasm (perhaps a bit of both), "Sweet England" won Best Album at the BBC Folk Awards during the following year, his second such blessing (he won a Horizon Award for his debut 2011 EP).

Frequently cited as an influence on today's more earnest underground folk-scene, Moray has continued to alter the formula of his earlier work, choosing African influences on 2008's "Low Culture" and opting to give away his fourth set, "In Modern History" (on the cover of Songlines magazine).

Moray's foray into story-telling and lyrical gaiety comes to the fore on "Skulk", his most recent set issued in 2012. True-to-form, our Jim has been nominated once again for a heap of 'Bests' at the BBC Folk Awards 2013, including Best Album, Folk Singer of the Year and Best Trad Track (album-track "Lord Douglas"). Head here to vote for him (with a BBC ID) - http://www.bbc.co.uk/programmes/b00yrkrj/features/folk-awards-2013-nominees .

Meanwhile, prizes or no prizes, Jim Moray has a string of live shows to deliver, starting with support for Martin Simpson at Camden's Cecil Sharp House on 25th January (£16 - Emily Portman also features). There follows a handful of headliners, including the same venue on 14th February, followed by Bath, Abingdon and Brighton in March (from £10 upwards).

His final shows for now will be as support for Eliza Carthy on her Wayward Tour including Bexhill's De La Warr Pavilion on 19th May and many others - tickets for those cost £18.50 - and a rendition of that legendary "Sweet England" album at the Folk By The Oak festival on 21st July.