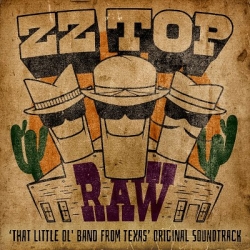 Formed some 40 years ago as a blues and roots outfit, they quickly slimmed down to the trio you see on their videos today - Billy, Frank and Dusty. Not much has changed, although the band have deviated from the typical Americana that flavoured their earlier albums such as "Tres Hombres" and "Rio Grande Mud". They discovered synths for album number seven, "El Loco", before hitting gold (and platinum) in the '80s.

In 2012, more of the same - cars, legs and beards. You've gotta love 'em. And love them you will when they bring their most recent album, "La Futura", plus classic hits, over to the UK and Ireland later this year for a string of rare shows.

So far, ZZ Top have confirmed Hammersmith for 24th June, followed by Manchester on the 25th and completed by their previously announced slot at Cork's Live At The Marquee Festival on 27th June - on sale from us now, priced at 35/55.