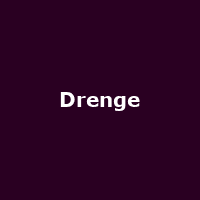 Fast gaining a reputation for gritty bluesy rock is this pair from California but, before you roll your eyes and think 'another Alabama Shakes', think again. A quick listen to their previous singles "End of the World" and "Gonna Make My Own Money" suggests the two girls are more into making merry with Hole or The Cramps, rather than the traditional blues end of the market.

Lindsey Troy and Julie Edwards use raw basics of guitar, drums and hellcat vocals to unleash what could best be described as an attitude-filled musical kick-in-the-balls or booty. Check out the former track on the video right here.

Of course if you've seen Muse or The Vaccines on tour around Europe recently, you'll already be acquainted with these noisy vixens and you're about to hear a bit more of them in 2013. Deap Vally have a debut album to dispose of along with their own headlining UK tour beginning next month. A new single "Lies" will appear first before the ladies hit the road.

The first tour date is in Brixton on 22nd February, a NME Awards Show as support to The Cribs and And You Will Know Us By The Trail Of Dead, followed by a rotating co-headline tour with Sheffield duo Drenge in Sheffield, Birmingham, Brighton and many more until Liverpool on 7th March (note: Drenge are not playing the Glasgow or York dates).

The London date is confirmed for Dingwalls on 26th Feb - that'll sell out in minutes, we think.

Tickets for all but the London shows are just £7. Dingwalls costs £9, with the Brixton NME bash costing £20.60.