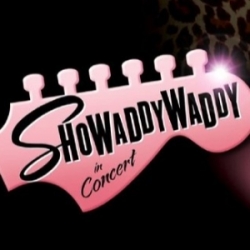 Having had 23 Top 40 hit singles, including 10 Top 5 hits (Under The Moon of Love, When, You Got What It Takes, 3 Steps To Heaven, Hey Rock & Roll, etc), and 15 massive selling albums (including the Christmas number 1 in 1978), Showaddywaddy will mark 2013 a very special year for them as they celebrate 40 years of rock & roll with a landmark 40+ date nationwide tour.

The tour will run across from January, starting on 11th at Bier Keller in Bracknell, all through to 1st June ending in Gravesend.

Former lead singer Dave Bartram still manages the band after handing over vocal duties to Andy Pelos, who now performs with Rod Deas and Romeo Challenger (the remaining originals) plus Paul Dixon, Dean Loach and Rob Hewins (new members). Bartram has made his literary debut with his book 'The Boys of Summer' charting the rock & roll life in the 1970's, through to the last decade when the heady days of teeny-bop hysteria were long gone. In this bitter-sweet account he candidly recollects the extraordinary occurrences of 10 weeks in the UK's bucket & spade resorts, which strained every emotion to breaking point!

After 40 incredible years, rock & roll music is truly alive and kicking in the hands of this amazing band.