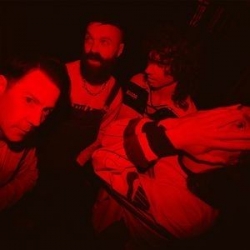 Pop-punk is a musical term that can excite, terrify and divide audiences in equal measure but We Are the in Crowd have probably achieved the first emotion more than most.

Formed four years ago in little-known New York suburb Poughkeepsie, the band's path to Billboard success hasn't been straightforward. In 2009, their MySpace page was hacked by a disgruntled ex-band member resulting in all their music being erased. After a news article touched the soul of indie-label Hopeless Records, they earned a deal and issued the aptly-titled "For the Win" a while later.

Inevitably, ears were pricked and doors were opened with shows and slots on the Vans Warped Tour fulfilled just prior to the band giving Billboard a new name to list in 2011 with the debut-album "Best Intentions" reaching the midpoint of the Top 200.

To follow up this year's appearance on the Vans-branded shows, We Are the in Crowd will be giving the UK their undivided attention throughout the spring and summer with a pile of shows, festival appearances and a new album (as yet untitled, due in July 2013).

First up and on sale now are two sets at Hit the Deck Festival 2013 in Bristol (20th April) and Nottingham (21st) with Don Broco, before a stream of headlining shows across the UK that will go on sale via us on Friday 21st December from 9am. These follow straight after HTD and include Newcastle, Cardiff, Manchester and London - prices start from £15 upwards.

Joining We Are the in Crowd are another upcoming pop-punk outfit, Never Shout Never who themselves have a new album looming in the shape of "Sunflower", due in the summer.