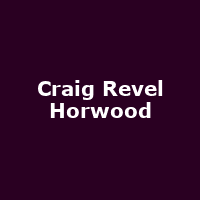 Strictly's brand continues to grow with the announcement of this offshoot show, set to foxtrot its way around the UK next summer. Entitled Strictly Confidential and curated by TV judge Craig Revel Horwood, the show aims to bring fans closer to the performers who have graced the nation's screens in recent years.

Confirmed to appear on all dates so far are Lisa Riley, Artem Chigvintsev, Natalie Lowe and Ian Waite who will not only dance their way through exclusive and familiar routines, but will also talk to Craig about their involvement with Strictly Come Dancing, their love of ballroom-dancing and other tasty titbits you may or may not already know about.

If you want to immerse yourself in Strictly down to grass-roots level, this is the show for you - and it's all set to take place next summer.

Plymouth is the first stop from 10th to 13th June 2013, followed by Bristol, Oxford, Southend and many more further north until heading back to Cardiff from 2nd to 4th August for the final shows. We have tickets on sale now, priced at around Â£42.50, depending on venue. The shows are bound to sell out in advance - don't miss out in the Christmas rush!