Posted: 10th December 2012
American R&B star is to embark on a UK tour in support of his latest album R.E.D., tickets on sale Friday 14th December 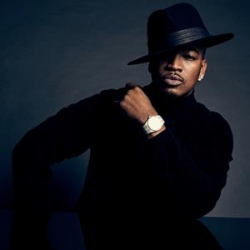 Following the huge success of 'Let Me Love You (Until You Learn to Love Yourself)' from his fifth studio album 'R.E.D.', which gained him his fourth solo UK #1 and also Motown's first #1 single in 20 years, Ne-Yo has confirmed six headline dates for March 2012.

Supporting him on his UK tour will be X-Factor mentor and former N-Dubz star Tulisa, who recently released her debut album 'The Female Boss'.

Ne-Yo will kick off his tour - his first UK dates in two years - in Newcastle at Metro Radio Arena on 6th March, then Liverpool, Glasgow, Manchester, Birmingham before ending it on 15th at London's O2 Arena. Tickets go on sale from 9am Friday 14th December, priced from £36.00 plus fees.

His second single 'Forever Now' from the album mentioned was released on 3rd December and you can view the video here: www.tinyurl.com/neyo-forevernow