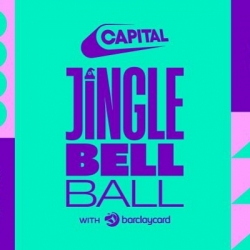 Just less than a year ago, Rita Ora was uploading viral videos of herself and signing to Jay-Z's Roc-Nation imprint. Twelve months later and you could arguably exclaim that Ora has pretty much nailed this music-business lark - and she's only just got started, it seems.

Her big break came with her collaboration with in-demand producer and remixer, DJ Fresh - "Hot Right Now" shot to #1 and set her up for an untouchable string of chart-toppers, including "How We Do (Party)", her first proper single and her debut-album "Ora", which is probably going to fill a few extra stockings in the run up to Christmas.

Her next single, the follow-up to "R.I.P." with Tinie Tempah, is "Radioactive" which is all set to appear in the New Year, just prior to her first headlining dates since her appearance in London this month. Rita is part of the line-up for the all-sold-out Capital FM Jingle Bell Ball 2012 on 9th December, alongside the likes of P!nk, Girls Aloud and The Wanted. But at least you won't have to wait too long to see the lady herself.

Her Radioactive UK tour will begin in Manchester on 28th January, followed by stops in Newcastle, Glasgow, Sheffield and others until Birmingham on 9th February. We'll have tickets for all the shows from 9am Friday 7th December, with prices set at £17.50 for regional shows and £19.50 for London.