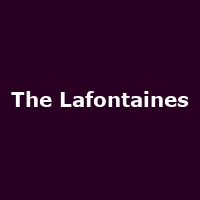 After ten years of scampering around the fringes of just about every 'next big thing' list, Sonic Boom Six might be worth a bet or two should their name appear in one or more of them again.

Pourquoi? Well, 2012 saw them release the well-received eponymous fourth album for an indie label with considerable creative clout - Xtra Mile, who have previously courted Frank Turner, Chris T-T and The Xcerts as well as staving-off certain termination caused by their stock going up in flames during the riots in 2011, should see them right. From the striking sleeve to the crunching electro-rock contained within, Sonic Boom Six may have a numerically incorrect moniker (there's five of them), but their ambition and attitude all adds up and so do their tunes.

But that's just the start of bigger things - next year is already a busy one for SBS because they'll be supporting spiky-punksters The Blackout on their early 2013 jaunt around the UK, starting in Glasgow on 20th January - there are tickets for most shows at £13.50.

But if it's headlining Sonic Boom Six action you want, then wait until February - the band will embark on their own promotional tour from the 8th in Swindon, followed by Guildford, Brighton, Sheerness, Camden, Aberdeen etc until Stoke on 27th February. Support comes from a like-minded pair in The Lafontaines and Under the Influence.

We have tickets right now, many priced from well under a tenner.