Posted: 3rd December 2012
To mark the release of new single Shooting Star, we're giving away a handful of Owl City albums - just in time for Xmas! 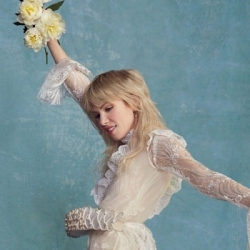 That Adam Young, eh? Clever little beggar at the best of times. He formed his Owl City nom-de-plume five years ago while writing music in his parent's basement, before becoming one of the biggest phenomena on MySpace (yes, they did have phenomena at one point) and casually knocking out a platinum single and album by the end of 2010.

Owl City's debut major-label album "Ocean Eyes" romped to #7 over here (#8 in the States) and secured Young a notch in history by selling over a million copies with the help of the single "Fireflies", a chart-topper on both sides of the Atlantic. Although this success hasn't been repeated in the UK of late, 2012 saw the songwriter scale the heady heights of the charts once more with Carly Rae Jepsen at his side. The single "Good Time", from new album "Midsummer Station", has kept Adam Young's profile on the front-burner. He's even written the title-song for Disney's new animated film, "Wreck it Ralph".

On 10th December, he'll be releasing a new single called "Shooting Star". As well as the usual promo video (which you can watch right here: www.youtube.com/watch?v=qM1YMeDsc-M), his label have developed an online game that you can play in order to fritter away hours spent on delayed public transport or when X Factor is on. It's here, www.owlcitygame.com

So who wants to win a copy of the album? We have five copies of "Midsummer Station" to give away and all you have to do is click on the Enter Competition button below and follow the dead simple instructions!

The competition is open to UK and Ireland residents only and must close on Friday 7th December 2012 at midnight!