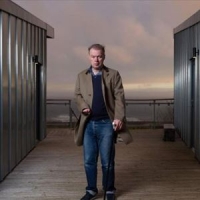 The rise and rise of one of Scotland's most acclaimed songwriters continues apace in 2013 with the announcement of his first live tour since 2010 when his last album, "Losing Sleep", appeared to critical acclaim - what a comeback. Next year, Edwyn Collins continues his resurgence, both musically and health-wise (after suffering an aphasia in 2005 and a long rehabilitation programme), with a new solo set entitled "Understated".

And that's a title that couldn't be more apt, when applied to this most thoughtful of performers. Never one for leaping from stages, shamelessly whoring his art or publically losing the plot, Collins' music is at once cerebral and melodic. "A Girl Like You", "My Beloved Girl", "Home Again" and "You'll Never Know" are just some of his most familiar masterpieces, with the first in that list perhaps his most familiar.

After fighting his illness, Edwyn has shown that his creative bent hasn't dwindled - his birdlife illustrations have appeared in print, he's appeared on film (the humourous TV series "West Heath Yard"), founded his own AED Records label (expect some Collins reissues soon) and, more importantly, has continued to knock out super songs, the title-track of his last album, being a case in point.

New album "Understated" will appear next year, with the UK tour also in progress later in the spring. First stop will be Leeds on 12th April 2013, followed by stops in Pocklington, Hebden Bridge, Aberdeen and more until the closing pair in Islington and Brighton towards the end of the month.

We will have tickets on sale for these shows from 9am on Friday 23rd November, with prices pitched at around £18.50 upwards.