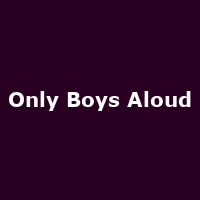 Fans of male voice choirs will have to wait a bit longer to see Britain's Got Talent winners Only Boys Aloud - they've just scrapped their upcoming spring 2013 tour.

The ensemble's Music Director Tim Rhys-Evans has said on the official OBA website:

"We're all working very hard to continue the incredible opportunities for OBA and we are sure we will all be on the road very soon."

Meanwhile, fans with tickets should seek refunds from their original ticket-agents.

While the grown-ups in Only Men Aloud have been having all the fun of Olympic ceremonies, the mini-me version of the same choir has been gradually building up a similar sized profile with a record-deal, gleaned after finishing 3rd on the rather more mainstream talent-fest, Britain's Got Talent earlier in 2012. And they haven't done too badly so far - appearances with Shirley Bassey and supporting Only Men Aloud certainly hasn't dented their profile. They'll be back touring soon, no doubt.