Posted: 16th November 2012
New album 'A Feast Of Consequences' released to coincide with string of shows, tickets on sale now 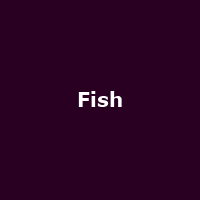 For over twenty years, ex-Marillion singer, frontman, luminary and progressive prophet Fish has cornered his own market with a string of complex, literary albums that, while not huge crossover successes (and what does that matter?), have kept him busy both in the studio and on the road.

A glance at his discography which leans heavily on live album releases, albeit limited issues, suggests that Derek William Dick is a man who likes to document, to recall and to inform. His website is a masterpiece of informative facts and figures about a performer whose oeuvre has spanned singing, acting, writing and conversing. He's been a petrol pump attendant, a gardener and attended his first gig ('as a punter') in 1974 - it was Yes, if you were wondering. All these little details are what has made Fish an interesting character, even to non-fans. So imagine the depth of biographical information that went into this year's Fish Convention 2012 in Leamington Spa. Clearly, he's keen to engage his fans - he apparently sang fan-favourite "Grendel". Twice.

Whether this legendary Marillion song will appear on his next tour's setlist remains to be seen. For a start, Fish will be releasing his 10th studio album in the spring - "A Feast of Consequences" is due for release in May 2013, at around the same time as the concerts go 'live'.

First port of call on his "The Moveable Feast Tour" is Aberdeen on 17th May, followed by Glasgow, Gateshead and numerous towns that don't get big rock names too often such as Stamford, Warrington and, the final stop, Tavistock. The London show is at the Islington Academy and we have tickets for all shows now, priced at £22.50 [Yes - even London! - Ed].