Roger Waters rebuilds The Wall for Wembley and Dublin 2013 concerts 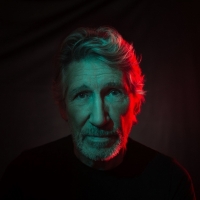 For what has become one of the most influential, predictive and pioneering live shows of the last 30-plus years, The Wall as a concept and a show had only ever been performed a couple of dozen times by its creators, Pink Floyd. During 1980, the explosive double-album had its entire contents aired during the Floyd's then sold-out world-tour and then, give or take the occasional rendition of "Another Brick in the Wall" and a few other album favourites, very little.

Now that Pink Floyd appear to be on an indefinite hiatus, your only hope of experiencing anything like the enormous spectacle that was, and still is, "The Wall" is by attending one of founder Roger Waters' own productions. Some 200 shows later, you'd think the affable songwriter might have tired of performing it but, where there's new technology and advancement attributed to live concerts and venues, Waters continues to reinvent the wheel. I meant Wall.

After recreating the show successfully in 2010, Roger Waters has spent time eyeing-up ways of representing the show to huge audiences without compromising on quality. Let's face it, you hardly want to pay a tenner to sit four floors up, at the back with a pillar in the way and the sight of a tiny human being singing half a mile away. All of which is why Waters has redesigned the appearance, the set, the magnitude and viewing points for some new outdoor stadium shows next year. Ladies and gentlemen - welcome to the ultimate Wall.

Wembley Stadium will be the setting for the sole UK show (so far) on next year's The Wall Live European tour. Set your clocks, organizers and calendars for Saturday 14th September because this will be massive and, perhaps, your only chance to see this next year. Unless you head to Ireland (or France, Holland, Germany or beyond). Tickets for the London show go on pre-sale on Tuesday 20th November, with prices set at £60 for pitch standing or £75 seated. You are guaranteed a decent view of the show, no matter where you are positioned with Waters promising a 'wide Wall show'. Bring it on.