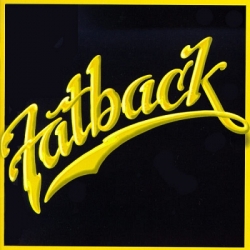 Recently, we ran a competition for one lucky pair of soul sisters or brothers (or both) to win tickets to attend a glittering event to celebrate one of the UK's most important and pioneering record-labels, Street Sounds.

The lucky person has been chosen - (drum roll, or should that be a bit of knuckle-scuffing scratching?) - and it's Rob Wright of London. Well done to Rob who will be attending the night at the end of the week.

South London venue the Coronet Theatre will host the massive anniversary bash on Saturday 17th November, featuring stars from the past and performers from the future. Taking a lead from its own pioneering soul, electro and hip-hop releases in the '80s, Street Sounds 30 will feature a full hour-long set from esteemed US funk-act The Fatback Band, plus shorter sets from electro-queen Shannon ('Let The Music Play' is still a banger today), Def Jam rap-star and producer Davy DMX and lead-singer of the electro-soul outfit Aleem, Mr Leroy Burgess ('Get Loose').

Joining them will be Kurtis Mantronik, a legend of studio-trickery and hip-hop gymnastics with Mantronix ('Needle to the Groove'), Brit-funk icons Second Image ('Special Lady'), Imagination's Leee John ('Body Talk') and Galaxy featuring Phil Fearon ('What Do I Do?'/ 'Dancing Tight'). The evening will also feature graffiti competitions, B-Boy breakdancers and upcoming DJs. It's so fresh.