The Lumineers announce another London show for spring 2013 UK tour

Posted: 7th November 2012
Now it's the turn of the Brixton Academy to host a show for the Billboard Top 20 outfit, on sale Friday 16th November 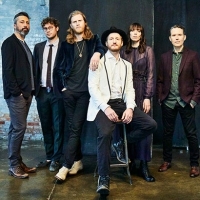 Last week we told you about upcoming folk-rockers The Lumineers heading to the UK and upgrading their shows. Now they've really done it - they've aimed their 'good-times missile' in the direction of South London and fired one off in the form of a whopping great show next year.

The tour itself begins in Dublin on 16th February, followed by lots of UK shows, including a newie in Shepherd's Bush on the 20th, until the Brighton show, now at Concorde 2 on the 24th. All still available at around £12.50 - but now comes the biggie.

Brixton's show on 11th March 2013 will go on sale via us on Friday 16th November at 9am with the potential that the band will sell this one out pretty quickly.

After witnessing their eponymous debut-album romp to a Top 20 position on the US Billboard charts and appearing on prime-time American telly with Jay leno and the like, word of mouth has turned into a social and TV media-frenzy - The Lumineers' raw and rousing simplistic roots attitude has drawn attention to them for all the right reasons. And now, dear Brits, the band are heading to the UK in the New Year, as a follow-up to all this hoo-hah and an-already sold out show at London's KOKO in November.