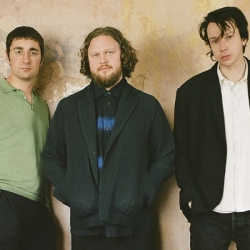 After much speculation and, frankly, obvious pointers as to who would win, this year's champions of the Mercury Music Prize are Alt-J for their "Awesome Wave" album. Well done people, nice silverware.

This year's Barclaycard Mercury Music Prize sported a rather natty line-up. Unfairly tagged by some critics as a 'kiss of death' for some artist's careers, the MMP is, nonetheless, a litmus test in current tastes and offers tangible kudos for bands and artists either on the cusp of a breakthrough or on the fringe of greatness.

Alt-J have been selling-out just about every darned show during the past year and have delivered a timeless long-player in 'An Awesome Wave', making them the critics favourite from the start. Chair of Judges, Simon Frith, had this to say about the album: "Alt-J's 'An Awesome Wave' combines unexpected shards of sound with mesmerising rhythms, compelling melodies and intriguing songs. A tantalising and delightful album".

We had them down as serious contenders, along with Django Django, Jessie Ware, Richard Hawley and Field Music, but it's the avant-pop outfit originally from Leeds and now signed to Infectious Records who have walked away with the trophy.

Other artists may be licking their wounds right now, so why not try checking out theirs and Alt-J's upcoming shows (see below).