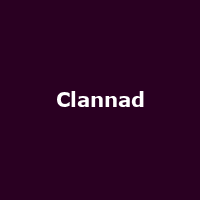 It isn't often that a compilation album helps a band truly crossover to the mainstream but, with Clannad, this was certainly the case in the late '80s. Sure, the '80s family TV romp Robin of Sherwood helped with the inclusion of the Irish band's sumptuous and mysterious harmonies and atmospherics, released as the "Legend" album and prior to this was the haunting and spine-chilling "(Theme From) Harry's Game", included on the top 30 album "Magical Ring".

But, even after another hit with Bono in both 1986 and 1989, the stirring "In a Lifetime", Clannad buyers were demanding a 'greatest hits'. They got one in 1989 in the shape of "Past Present", an album which culled tracks from their previous few bi-lingual albums and provided the band with their first Top 5 album. It sold by the trailer-load and opened the door for fans to discover earlier works, such as those featuring the previously-departed Enya (and she hasn't done too badly since leaving).

Nowadays, due to hugely successful hit-albums such as "Anam", "Banba" and "Lore" in the '90s, Clannad can command respect from not just folk fans but an audience whose taste enjoys ambient, easy-listening, roots and even dance-music - singer Moya Brennan appeared on Chicane's trance-pop classic "Saltwater" in 1999. The compilations keep on coming as well - this year the rather unadventurously monikered "Essential Clannad" graced the shelves and servers.

With such a renowned catalogue to choose from, you know that a Clannad concert will be bathed in ethereal beauty and quality. Lucky for you, the group will be out on the road in 2013 with a UK tour! Confirmed so far are shows in Liverpool (9th March), followed by Scunthorpe, Edinburgh, Shepherd's Bush, Guildford and more.

We have tickets available for all now, except Edinburgh and Norwich - these will be on sale from 9am Friday 26th October - with tickets ranging from £23.50 to £32.50.