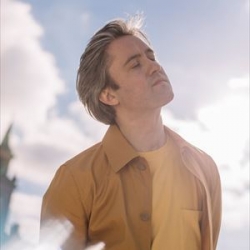 A couple of years ago saw an unassuming but lively folk-rock band from Dublin trouble the judging panel on the Mercury Music Prize. Sure, the 2010 prize didn't wing its way onto the band's collective mantelpiece for their excellent debut, "Becoming a Jackal" (it went to The xx), but the nomination was enough to draw attention to their emotionally-charged live shows and "The Meaning of the Ritual" from the album, which earned them an Ivor Novello Award in 2011.

So where have Villagers been since then? In a few words, they've been busy - supporting Elbow, playing their headline tour, performing at festivals such as Truck, Camden Crawl and Eden Sessions and sneaking in the odd intimate show such as tonight's (Tuesday 23rd October) gig at London's tiny Borderline (still a few tickets left...). Oh and they've also been doing an album.

"Awayland" is due for release on 14th January and includes songs such as "My Lighthouse", "Newfound Land You Are Free" and "Judgement Call". It's a self-produced album and will once again appear on Domino, prior to the band's extensive 2013 tour in the spring.

The first date is on 8th February at Sheffield's Leadmill and will be followed by shows in Newcastle, Glasgow, etc until the Village Underground in East London on the 20th. An additional show will then take place in their beloved Dublin on 21st March. We will have tickets to all shows from 9am on Friday 26th October (except the London show - on sale at 10am). Prices vary from £12.50 upwards.