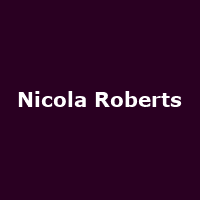 Everything you read about Girls Aloud is 'most successful'. They've held various records for selling the most, er, records and have been officially proclaimed by the Official Charts as the biggest selling group of the 21st-century thus, the most successful. Judging by recent standards, they'll be holding onto that crown for some time to come.

Formed ten years ago to compete in ITV's then ratings-busting talent conveyor-belt of dreams Popstars: The Rivals, Cheryl, Nadine, Sarah, Nicola and Kimberley grabbed pop's baton dropped by Spice Girls and promptly battered every other contender's attempts into the ground with a very long line of hits, hits and more hits. Remember their opponents in Popstars? One True Voice? Nah, neither do we. But that's pop. And very, very good marketing.

The public certainly played its part in their success - TWENTY consecutive Top 10 hits, including four #1 singles that started with the debut "Sound of the Underground" (653,000 sales for this alone) and continued unabated until their last single as Girls Aloud - the ironically titled "Untouchable" stalled at #11 in 2009. It was time for a rethink.

2012 sees the quintet readjusting their hair, changing dresses, dusting off the intervening tears, heartaches and solo successes and reuniting for a huge UK tour to support something new - "Something New", in fact. Due for release on 18th November, the new single follows an appearance on Children in Need a few days before and precedes what looks certain to be this year's #1 album for Christmas. "Ten", out on 26th November, celebrates ten years of music by gathering up their greatest hits and four brand new songs, including "Something New".

We will have tickets for all shows from 9am Friday 26th October, priced from £37.50, rising to £49.50 for London (plus fees). If interest and speculation is anything to go by, these will sell quicker than you can count to Ten.