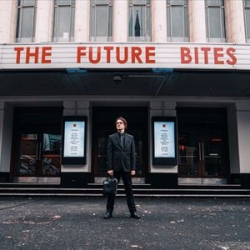 The name Porcupine Tree might not ring too many bells with casual mainstream music fans despite having been around for almost twenty years. The founder of the currently-hibernating ambient-rock band is one Steven Wilson, a man who appears to have fingers in more pies than Mr Kipling. Initially he was an average suburban kid drawing solace from his parents record collection of Pink Floyd and Donna Summer (actually, that's not too average, come to think of it) before learning the guitar and performing with an endless stream of bands.

Altamont, Karma, Pride of Passion - no me neither. But Wilson's continual change of direction and subsequent minor success eventually took him to Japan (That's the coiffured '80s pomp-pop outfit, not the country). Members of said demised band included the late Mick Karn, Steve Jansen and Richard Barbieri, minus frontman and now-soloist David Sylvian. With that trio he formed No-Man who released (and toured with) a clutch of intelligent smooth pop, before finally forming the basis for the formation of Porcupine Tree in 1993 (later to include Barbieri, amongst others). PT albums such as "Fear of a Blank Planet" and "The Incident" reached the album charts, with Wilson still working on many other projects such as IEM and Blackfield. Lo and behold, he's at it again.

For his next UK tour in 2013, he's back as a soloist (almost), armed with what will comprise his third as-yet-untitled album and a swathe of guest musicians such as Theo Travis, Nick Beggs and ex-Asia guitarist Guthrie Govan. Both album and tour are planned for March next year, starting with Manchester on the 1st, followed by Glasgow on the 2nd and London (Royal Festival Hall, no less) on the 3rd. We have tickets to all shows, priced at £22.50 (£25 for London). As well as the above musicians, you can expect a healthy dose of lengthy jazz-influenced atmospheric rock.