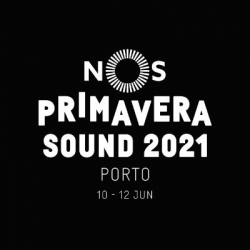 Easily one of the comebacks of the year and up there with The Stone Roses reunion was Blur's renaissance. Intimate shows, a huge Olympics-branded Hyde Park show, a BRIT Award for their Outstanding Contribution to Music and Damon's continued dabbling within other genres (Bobby Womack, Africa Express etc) made Blur a force to be reckoned with all over again.

Aside from the shows, their entire back-catalogue was revisited by EMI and re-released in nice box-sets, alongside a mammoth encyclopaedic multi-CD and formatted box of just about everything the chaps have oozed from their creative pores. But now that 2012 is over, where now for the band previously known as Seymour? We'll give you a few guesses...

After gracing the UK with their presence in 2012, next year's attentions turn to the rest of Europe and the quartet have wasted no time announcing their intentions. Three key music festivals have installed Blur as headlining acts, the first of which was Belgium's Rock Werchter, curiously alongside Rammstein - that makes for some broad-minded watching, for sure.

More recently, Spain's Primavera Sound and Portugal's Optimus Primavera Sound have also placed Blur at the top of their respective line-ups, the rest of which will be announced in due course. The thought of seeing Albarn, Coxon, James and Rowntree belt out classics such as "Girls and Boys", "Parklife" and "There's No Other Way" under the sun, proves too good an opportunity to miss. Blur will play both Fridays at each festival.

We have tickets available now for both events. Barcelona's Primavera Sound runs from Wednesday 22nd May 2013 to Sunday 26th and costs 145 (around £115 currently), while Porto's Optimus Primavera runs from Thursday 30th May 2013 to 2nd June and weighs in at 80 (£63), subject to booking fees.