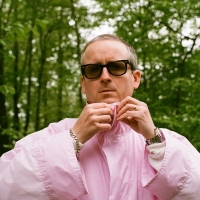 The London electronica sextet will be heading out on tour from Monday night in Norwich, after notching up another hit-album with "In Our Heads", released in the summer. Since then the lads have been taking the party to festivals, as well as performing live on radio as part of Lauren Laverne's week of Maida Vale sessions this week.

Hot Chip have also been busy helping get Oxjam's month long music festival under way - their first appointment saw them present their own Vinyl Emporium party at Dalston's Oxfam shop last month. Bouyed by the response, their retailing skills and DJing service has been summoned once again for more of the same, this time in Glasgow and Manchester.

They will appear at the Byrne Road Glasgow branch of Oxfam on 12th October, just prior to their sold-out ABC show, before heading south to Manchester on the 13th for a spot of fund-raising at the Oldham Street branch in the Northern Quarter - tickets are free but, obviously, very limited due to the shop sizes.

As for their tour, you can still pick up tickets for all of them except for Glasgow, Bristol and the second Brixton date on the 19th - the rest are available now for £17.50 - £20.

After the full-on perky disco throb found on previous album 'One Life Stand', Hot Chip switched labels (EMI to Domino) and set about heading back to basics whilst retaining the ridiculously memorable hooks and tight funky beats that have become a trademark. The result, 'In Our Heads', was released in early June and earned the band another Top 20 placing, strengthened by the incessantly humorous club-smash, 'Night and Day'.