Posted: 27th February 2013
The award-winning composer will perform A Time Lapse and more at a trio of Barbican shows, on sale now 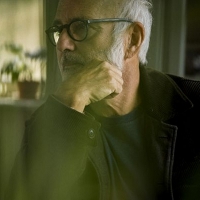 After successfully selling out pretty much all seats on his upcoming spring UK tour, Italian pianist and composer Ludovico Einaudi has announced a trio of shows in the summer.

Three new concerts will take place at London's Barbican from 31st July to 2nd August and are already guaranteed to sell out in double-quick time. Tickets are available now, priced at £45. You can expect to hear selections from his recent "A Time Lapse" album and familiar catalogue.

Since the late '80s, the Turin-born composer and pianist has been transforming years of study and scholarships into a slew of successful classical albums, before crossing into the mainstream with a string of consistently meditative releases. His most recent adventure in adverts is probably out of his hands - or simply because of them.

His 2001 album "I Giorni", provided him with a hit single, some 10 years after its release - the title track was adopted by Greg James on Radio 1, of all places. Its lovely melody rang around the singles chart for a few weeks in 2011, following on from the successes of "UnaMattina" and "Diario Mali" (the latter recorded with kora-master Ballake Sissoko - it's splendid).

And so it's continued - more music from Einaudi's catalogue has been adapted for everyday occurrences, including an appearance by the composer at the London Olympics (one of the many BT River of Music shows) and the recent release of "A Time Lapse".

Fans and newcomers alike will be keen to snap up tickets to his next shows.