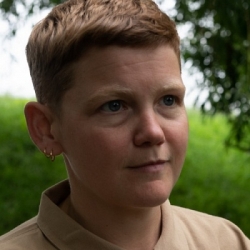 Daniel Stephens and David Meads might not sound an exciting combination but, add the two together as Dan le Sac vs Scroobius Pip and the result is a head-nodding, intelligent melange of Brit-hop and literary skills that is previously unheard of in small Essex communities like hometowns Stanford-le-Hope and Corringham.

Normally the pair are busy tearing up clubs and festivals with double-barrelled crowd-pleasers, as well as being the culprits behind two hit albums, 2008's 'Angles' and 2010's 'Logic of Chance'. Without a huge array of studio trickery and guest musicians, the pair have honed their back-to-basics approach to full effect. But, as with all perfect partnerships, there has to be a holiday period and both le Sac and Pip are taking time out from collaborative duties to make time for 'me' time. Don't worry - it's only temporary.

First to the solitary crown has already been Scroobius - his 2006 album 'No Commercial Breaks' was given a limited release six years ago, before finally getting around to being the only one of the pair to chalk up a Top 40 album with follow-up, 'Distraction Pieces'. Meanwhile, le Sac's proper debut 'Space Between the Words' followed two smaller self-issued albums earlier this year, pipping Pip to the touring circuit in the process.

Now it's the turn of the bearded bard - his UK tour is now confirmed to start in December, on the back of a 'proper' re-release of 'No Commercial Breaks' and his ecstatic appearance at this year's Latitude. Leeds is the first stop on 2nd December, followed by Manchester, Preston and several more until Brighton on the 13th. There's a London show (Garage) on the 10th and Pip will be joined by wordlists Kate Tempest and Brian Gittins on a few dates. We have tickets for all shows now, priced from as little as £4 (Preston) to as much as £12 for London.

In addition, Manchester fans can catch him presenting his more musical WE.ARE.LIZARDS. show in the Northern Quarter in November - still available at £6.