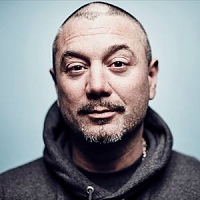 Back in the '90s, hip funk, soul and rock outfit Fun Lovin' Criminals served up "Scooby Snacks", flirted with Barry White (on the track "Love Unlimited") and kept audiences happy with a string of modest UK hits, including the self-titled "Fun Lovin' Criminals" and the superior and darker "King of New York". Their debut-album, "Come Find Yourself", evoked flashbacks to '70s Blaxploitation movies, gas-guzzling Cadillacs and jaywalking in seedy alleyways with 'no good, low-down dirty punks', while subsequent follow-ups "100% Columbian" (with the cracking "Korean Bodega") and "Loco" kept the ball rolling.

Back home in the States, however, FLC were hardly noticed, with only "Scooby Snacks" gaining much in the way of attention. Thus eventually, Britain became something of an adopted home for front-man Huey Morgan and, after issuing a few more albums, courting an English woman and being enrolled to spin soul, funk and rock on coveted station, BBC 6Music, the New Yorker has been a mainstay in various media over here, though not always in a favourable light - his controversy on Twitter earlier this year is perhaps best forgotten. Let's hear some music, instead.

Thankfully, the songwriting bug has clearly returned to Morgan - he's unveiled his latest project, Huey Morgan and the New Yorkers, a rawer edgier back-to-basics ballsy soul and rock hybrid with an album due on 29th October. Called, perhaps with a smidgeon of NYC irony, "Say it to My Face", the album unsurprisingly draws influence from his home city subject, as well as sounding a little like Leonard Cohen if he were driving a yellow cab. 'Tis good.

Huey's outfit will be launching the album at an exclusive London show on 7th November at Bush Hall on Uxbridge Road. There might be the chance of some FLC tunes as well - either way, you can grab tickets from us now, priced at £16.50.