Million-selling singer follows up sold-out concert with appearance at the Scala in December, tickets on sale now 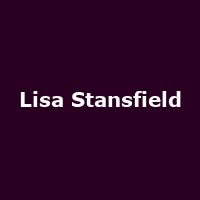 After recently announcing her long-awaited return to recording and live shows, Lisa Stansfield has now announced a further, larger concert in the capital. She sold out her recent XOYO showcase quickly enough to spur her on to returning to London for a second event. This time it's at the Scala on 4th December - we have tickets available now, priced at Â£29.50.

As well as London, Lisa is due in Manchester on 20th November for a concert at Sound Control, but this too has sold out - keep your eyes on this page in the coming weeks, she may announce another.

One of the UK's pioneering acts gave Lancastrian soul songbird Lisa Stansfield her big break in 1989 with, not one, but two collaborative singles. Both were proto-disco soul-flavoured smashes and both were co-written or produced by in-demand beats and breaks duo, Coldcut. Whilst perhaps not quite as credible as Black Box's "Ride on Time" or that ilk, there's no denying that "People Hold On" filled floors quicker than a cowboy-builder on commission. Follow-up "This is the Right Time" merely laid the proverbial red-carpet for what was to follow. Oh, and it too was a bit of a club success, this time over the pond. Lisa Stansfield had arrived.

And she stayed for quite a while as well, no thanks to her biggest hit, the classy soulful "All Around The World". As an antidote to the chemically-enhanced Chicago-house that was dominating music at the time (nowt wrong with that, of course), Stansfield's voice had a seductive bent and a soothing purr that coaxed many a romantic out of the darkness and into every Our Price Music shop in the country. The accompanying album, "Affection", sold by the ferry-load and went platinum across Europe and the States.

Follow-ups were not quite as meteoric but certainly not to be sniffed at - "Real Love" (with "Change" and "All Woman") and "So Natural" (containing the erogenous "In All the Right Places") all broke the Top 10 with consummate ease. But 1997's final big hit, the self-titled gloss-pop set with big hit "The Real Thing" on it, marked the end of Stansfield's domination. Kylie was it, Madonna still had clout and the Spice Girls...well, you know the rest.