Posted: 25th September 2012
After selling out her 2012 jaunt, the Mercury Music Prize nominee will return in March, tickets on sale Friday 28th September 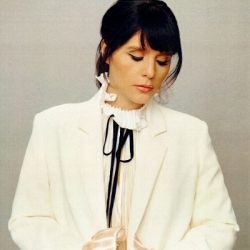 Only in June was our Stewart singing (well, typing) the praises of young Jessie Ware - now in September, it's time for more doffing of caps and sage nodding of heads. Ware is now perhaps hotter than her J-suffixed namesake mentioned in that same article - heads turn when Ware sings, while the Essex girl judges others on The Voice and cooks up album number two.

With her debut album 'Devotion' having hit the shelves and servers last month, hitting the Top 5 in the process and getting nominated for this year's coveted Mercury Music Prize, it's hardly surprising that Ware's star is burning so very, very brightly. It's also little wonder that her upcoming 2012 tour is already sold out, save for the Dublin date on 5th November (a few tickets left - hurry) and that she and her management are already gearing up for an assault on the nations' collective psyche in 2013. Another tour has just been announced for next spring, as if to proffer a timely reminder of what to expect.

In advance of next single 'Wildest Moments' being issued soon, Jessie Ware has confirmed next year's dates which will start in Cambridge on 6th March, followed by Manchester, Glasgow, Birmingham, Oxford and, once again as with 2012, Brighton and London. We will have tickets on sale from 9am on Friday 28th September with prices starting at £14, rising to £16.50 for the closing Shepherd's Bush Empire show.