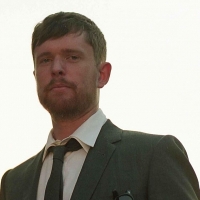 'Nominated' - it's a word that has followed folktronica artist James Blake around for the past few years, almost as much as the description 'folktronica'. It's a word that no doubt perplexes the young singer. Perhaps because it should occasionally be replaced by the word 'won', certainly if applied to his many Awards acknowledgements garnered since the release of his debut album.

And those awards were not tiny either - he was runner up in the BBC Sound of 2011 poll, nominated for the Critic's Choice at the BRITs in both 2011, put forward for the same year's Mercury Music Prize and even touched a nerve of the Ivor Novello Awards panel with the single 'The Wilhelm Scream'. Not bad for a man who originally came to the fore as one of Belgian label R&S's new non-bangin' techno/wobbly dubstep acts some 3 years ago, lending his deft touch to an Untold tune and unleashing his own remarkable stratagem of potent, emotive synthesized artfulness.

With the self-titled debut album almost done and dusted - pivotal track 'Limit To Your Love' is still racking up the hits on YouTube, by the way, as well as another nomination, this time at MTV Japan's Video Awards - and mini-EP follow up 'Enough Thunder' tacked onto it as a limited edition, Blake's attention turns to new music. Fans have already had a taster - a collaboration with Bon Iver entitled 'Fall Creek Boys Choir' appeared last month, while an exclusive BBC mix was broadcast with new tracks on it.

But the best taster of all is by seeing him live and December is currently courting three James Blake shows within its wintery shroud. Bristol is the first stop on 3rd December, followed by London's Conway Hall on the 4th and Manchester's Gorilla on the 6th. We'll have tickets on sale from Wednesday 26th September at 9am, priced upwards of £12.