Posted: 24th September 2012
The reformed quintet are back on the road this November/December with a half-dozen intimate shows, tickets on sale Friday 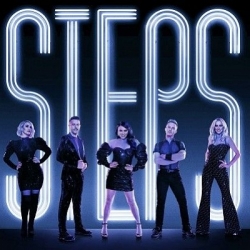 Having sold out a series of high-profile gigs throughout the spring and summer, there can be no doubt that the boys and girls of Steps are back in their stride. It has been 15 years since their cheery disco pop first began bothering the charts with its catchy choruses and infectious dance routines, all delivered by the shiny fivesome.

Their debut single, '5, 6, 7, 8', may not have made the UK Top Ten but it still heralded a new era of blissful pop as Britpop began to lose its lustre. The single came from Step One, a throwaway collection of sing-along pop standards which cruised to the top of the charts and sold around 1.5 million copies, turning five-times platinum in the process and make superstars of Faye, H, Lee, Lisa and Claire.

More chart-toppers followed yet, just four years after setting out, our five heroes went their separate ways in 2001. It took a decade of varying success in their various individual careers (in television, on stage and even in pop) before Steps reformed last year. Combining their reunion with a 'reality' show about them getting back together, the five still generated enough interest to sell out a string of huge shows and secure some notable festival slots.

The group are releasing the album Light Up the World on 12th November, a record of 'winter themed' tracks ahead of the Christmas dates which will boast some festive classics alongside all the hits. So dust off your white jeans (with the glitter detail) and grab your boot scootin' baby, it's Steps time.

The short tour kicks off in Plymouth on 30th November, followed by city centre dates in Sheffield, London (Palladium), Manchester and Glasgow, before the final gig in Wolverhampton on 5th December. We'll have tickets from 9am on Friday 27th September, priced from £22.50 to £50.