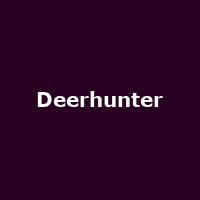 After something of a transitional year for the ATP brand, 2013 promises stability and, once again, sell-out events with the announcement of the next festival weekends in the UK.

Now based in its spiritual home of Camber Sands on the South Coast, after several years in Minehead in Somerset, All Tomorrow's Parties is already gearing up for its first pair of huge gatherings in December, spearheaded and curated by The National and Shellac. Keeping the American theme, two influential and key alternative bands have been earmarked to build a formidable schedule around their own tastes and experiences, as well as influences.

First up is highly-revered outfit TV On The Radio, who will piece together your first weekend in May. From 10th to 12th, you'll be treated to an erudite and learned choice of artists that will be confirmed in due course. The band themselves are no strangers to ATP - they previously played the festival in 2006 after being chosen by that year's curators Mudhoney, Yeah Yeah Yeahs and Devendra Banhart. TOTR have released some splendid albums during their existence with 'Return to Cookie Mountain' and 'Dear Science' standing out.

The second weekend will take place from 21st to 23rd June and will be governed by one-time 4AD label-mates, Deerhunter. Again, you can expect a pin-sharp line-up from the ATP favourites, as well as a show from their offshoot project Atlas Sound.

We have limited Early Bird tickets for each of the weekends on sale now with berths (for 4 people) starting at £680, or £170 each (plus fee), with other larger berths and self-catering options available for a short period. Most ATP events sell out (such as this year's December pairing) so get in quick!