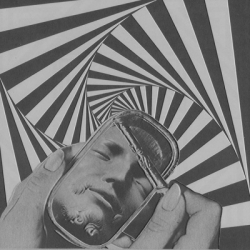 If you thought the South West's capital had seen the last of its inspiring, vibrant, underground music-scene, think again. In fact, head to Bristol itself and see for yourself - the place is buzzing with a vibrant student, youth and club community who know how to party hard after working hard (we hope). The city's Motion Ramp Park is one such success story.

Converted from a run-down old skate park into a labyrinth of clubs, courtyard and outdoor space, the centrally-located venue (it's near Temple Meads) is often jammed with happy fans of top DJs and bands - well, there certainly will be in the coming months because In:Motion, Bristol's lauded underground music project, is all systems go for the autumn, rounding off a great event-packed 2012.

The lengthy series of gigs and club-nights will pull together internationally-known acts, as well as DJs and performers who have shaped dance-music during the past few decades. On 29th September, the fun begins with Just Jack, Jamie Jones, Todd Edwards amongst the names providing uplifting live sets and/or DJ sets throughout the evening. A great start.

Tickets are available from us now for all the shows listed below and are priced from £12 (for Wiley) up to £19.50 (for Pearson Sound/Four Tet's evening).