Posted: 26th September 2012
The R&B superstar follows his fourth US No 1 album by shelving upcoming shows. Tickets to be refunded. 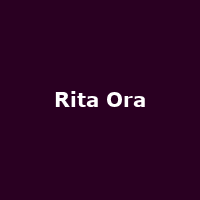 You've gotta love R&B superstars - one minute announcing tours and then, for whatever reason, calling them all off again. Now it's Usher's turn to denounce his own global domination with a string of cancellations across the globe.

Basically, his entire "Euphoria" tour, due to start in the UK during January (Glasgow was first stop) and end in Manchester on 15th February, has been swept aside so that Usher can appear on TV talent-show The Voice instead. The good news for fans is that the six dates planned for Britain will now be rescheduled for autumn 2013. The new rescheduled tour, both for North America and Europe, will be announced in the new year.

Ticket-holders should seek a refund from their ticket agent, since the new dates will not support original tickets (you'll need to buy them again, when they go on sale next year).

The feeling of euphoria [see what he did there? - Ed] that I get when performing for you is indescribable. I love each and every one of you and thank you for being there every step of the way. I truly appreciate and am grateful for your support while I take this time to focus on my children and continue to evolve with my fans. Evolve or evaporate. Love Usher.

Make of that, what you will.