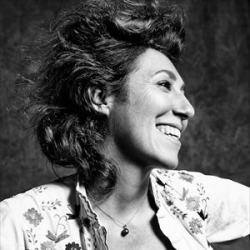 Who'd be a Wainwright? Actually, quite a few people wouldn't mind being a part of such a creative and productive family, right now. Obviously, Rufus has had his fair share of the adoring spotlight for the best part of a decade now, while Lucy Wainwright's mum was a key figure in country group The Roches. As for their father? You really ought to be familiar with the name Loudon Wainwright III by now - as head of the family, he's racked up over 20 studio albums and earned plaudits with good old honest storytelling and songwriting.

Completing the picture is formidable vocalist Martha, who has carved her own notch into music history by supplying it with gritty, dramatic and, occasionally, controversial material with an edgy, folky feel that has also earned her many admirers since the middle of the last decade. 2005 saw the notoriously-monikered 'Bloody Motherf**king Asshole' album track give various radio-pluggers and critics their first dose of raised-eyebrows since Ani DiFranco's arrival and resulted in fans nodding knowingly in agreement and sending her into album charts on both sides of the pond.

That tradition hasn't waned - the next album 'I Know You're Married But I've Got Feelings Too' also touched nerves, but positively. Martha isn't just Rufus' sister - she's Martha, live it with it - and to prove a point, Wainwright's next album is ready for release in October. Entitled 'Come Home to Mama', the ten-track selection includes lead-off promo-single, 'Prosperina', perhaps her prettiest tearjerker to date and a hint of the emotional subjects on the album. Check it out above.

She will also be on a UK tour at the end of the year. Scheduled shows so far include Birmingham on 3rd December, followed by Manchester on the 4th and Bristol on the 5th. We will have tickets on sale from 9am on Friday 21st September.