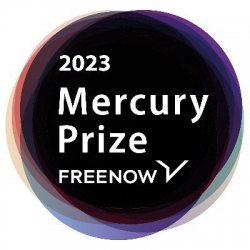 When the summer goes down, you'd better get ready - it's the Awards season again and this year's Barclaycard Mercury Music Prize is actually sporting a rather natty line-up. Unfairly tagged by some critics as a 'kiss of death' for some artist's careers, the MMP is, nonetheless, a litmus test in current tastes and offers tangible kudos for bands and artists either on the cusp of a breakthrough or on the fringe of greatness.

So then, no sign of insipid pop or R&B this year - it's straight in with a safe-ish roster that sports some big guns (and subsequently favourites to win) like Plan B (probably the most commercial nomination - good chance), Richard Hawley (louder new album has rightfully gained him a wider audience - decent bet) and The Maccabees (well-received album with fervent fan-base), but also covers the relative unknowns such as jazztronica outfit Roller Trio and wistful alt-folkist Sam Lee.

But it's the artists in the middle of the pack who might be installing the award on their collective mantelpieces this year. Alt-J have been selling out just about every darned show during the past year and have delivered a timeless long-player in 'An Awesome Wave', Django Django have injected much-needed fun, funk and clattering percussion into their stunning self-titled album this year and Jessie Ware has been bothering the charts with her technical electro-pop on 'Devotion'. In a parallel world, Field Music should have been handed the prize a few years ago for their superb 'Measure' album - will 'Plumb' do it for them? Here's hoping.

If you want to see the artists in concert or on tour, there will be some special Mercury Music Prize shows, dubbed 'Albums of the Year Live 2012' confirmed in due course - meanwhile, see below for any current related shows. We advise you move quickly for tickets - interest will help many sell out fast!

 The Maccabees 'Given to the Wild'