There goes The Neighbourhood - off on tour in November 2012

Posted: 6th September 2012
The LA five-piece have announced three shows for this autumn, including London and Manchester - tickets on sale Friday 7th September 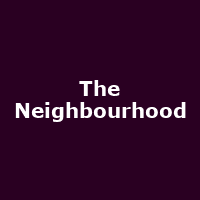 After support slots in the US warming up for bands including The Temper Trap, Maxïmo Park and Animal Kingdom, much-hyped Californian quintet The Neighbourhood have announced their first UK tour.

The rapid dash up and down Britain's finest motorways will be fuelled, in part, by the band's debut release. The EP, 'I'm Sorry', is set for issue on Monday 10th September on CD and vinyl with the download version available today. They've received the big thumbs-up from Zane Lowe, who made their track Sweater Weather his Hottest Record In The World in March of this year and then premiered the single Female Robbery on his show last month. So, to believe or not to believe the hype? Well, you can find out for yourself soon enough and it'll cost you as little as five quid.

The Neighbourhood are playing three shows in quick succession in mid-November, starting at Borderline in London on 14th, followed by Manchester's Deaf Institute (15th) and then Glasgow's King Tut's on 16th November 2012.

We will have tickets available from 9am on Friday 7th September, priced from just a fiver for Glasgow, rising to £8 for London. Bargain.