Posted: 15th October 2012
Album sessions delay results in forthcoming jaunt moving to 2013, refunds to be given 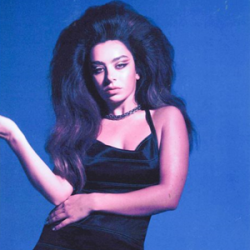 Another week, another postponed UK tour. In what seems to be common practice at the moment, a forthcoming album has caused delays to an artist's intentions to tour - this time it's the turn of Charli XCX who has had to pull her November 2012 dates with immediate effect. She revealed on her Facebook page:

To all my fans. I'm so sorry that my November UK tour is cancelled. I had to take some time out to completely sit down and finish my record. I have been lucky enough to be presented with some really exciting opportunities of late, and really want to make the most of them. This will allow me to make the best record possible for my fans, and really that is what it's all about.
Sorry if this is annoying. I hope you guys understand. Peace and love, Charli XCX

The performer goes on to suggest that she'll be back out on the road after the release of the next single, "You", which is due for release in January 2013. It appears as though original tickets will NOT be valid and that you should expect a refund from your original ticket agent. New shows will be announced in due course.

Born in Hertfordshire in 1992, Charli released her first singles when aged just 16 with 2008's Emelline/Art Bitch and !Francesckaar!. A whole four years later, and when still not 20 years old, Charli XCX released her debut EP, "You're The One", earlier this summer.