Posted: 4th September 2012
The comedian and actor is back in the UK this autumn, kicking things off with a show at the Hammersmith Apollo - we'll have tickets available Friday 7th September 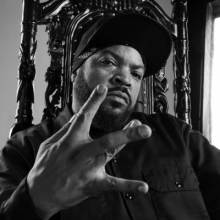 Chris Tucker turned 40 last Friday (happy birthday Chris), not that you'd know it. Fresh-faced and as busy as ever, it would be hard to argue that his star were in anything but a steady, inexorable rise.

His early career was spent grafting on the US stand-up circuit and picking up a clutch of notable film credits before things really took off in in 1998 when cast as Detective James Carter opposite Jackie Chan in the phenomenally successful Rush Hour. The two sequels, the last released in 2006, made Tucker one of the best paid film actors in the world picking up fees reportedly in the region of $40 million for movies two and three.

Having conquered Hollywoodland in the most emphatic manner, Tucker returned to stand-up in 2011 and has also since agreed to reprise his role (as Smokey) in the forthcoming Ice Cube movie Last Friday (Tucker starred in the original Friday film back in 1995). He'll be stopping off in the UK this autumn, with three big shows in November.

The first is at the Hammersmith Apollo on Saturday 24th November, followed by Birmingham's Symphony Hall on the 26th and finally Manchester's glorious Apollo on Wednesday 28th November 2012. We will have tickets available for all three dates from 9am on Friday 7th September, priced from around £32. Sales will be brisk.