Sell-out shows in London to be supplemented with regional shows, tickets on sale now 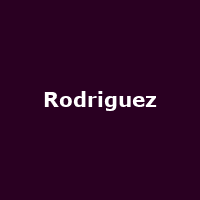 Fans of classic '60s and '70s psychedelia, folk and acoustic-rock will no doubt be smug landing tickets to this man's upcoming shows in the capital - they are flying out! But for many others, Sixto Diaz Jesus Rodriguez is a figure of mystery, despite having been active since 1967. Actually, that's a slight fib - yes, he's been active, but not always as a musician because political interest and a hiatus inspired by lack of interest in his then-native USA, drove him away from music. It seemed his debut-single, 'I'll Slip Away', was a portent of things to come.

Born into a large family of Mexican immigrants, Rodriguez (formally Rod Riguez for that debut single) is a bit of an enigma, Whilst failing to convince the great American public with his unworldly and obscure folk canon, South Africa made him an unlikely platinum-selling artist during the late 1970's, with Australia and New Zealand following suit. Until his daughter stumbled across a fan's website dedicated to him, Rodriguez was blissfully unaware of his South African success, given an even bigger boost by sales of CD reissues of his first two albums. Thus, after spending a further decade or so out of the limelight, Rodriguez toured the African country throughout the tail-end of the last century.

It was during this time that a signature tune of sorts, 'Sugar Man', began to emerge in several unlikely guises, firstly as a cover (by South Africans' Just Jinger - nope, me neither) and then as an inclusion on a David Holmes mix album, 'Come Get It, I Got It'. Add in some interest from Nas who sampled the song for a track on his 'Stillmatic' album ('You're da Man') and a slot in the Heath Ledger film, 'Candy', and you have, what they call, a collector's holy grail (1977, Australian import, good luck).

2012 sees the man and his music come under scrutiny once more with the production of a new film. Entitled, 'Searching for Sugar Man', it tells the tale of two fans on a mission to find their hero, reportedly dead but rumoured to be alive and, you've guessed it, on hiatus. Awards have been tossed at the film like confetti, including a Sundance Film Award for Best International Documentary. With all this promo activity around, it's not surprising that Rodriguez is visiting the UK for a show or five.

Previously-announced November shows in London have sold very well - one at the Roundhouse has just gone on sale (16th), as an alternative to the one that has sold out (18th), while his Royal Festival Hall show on the 17th only has Premiums left. Fans around the country can head to Liverpool, Gateshead, Brighton, Bristol (supported by local boys - and girl - Phantom Limb) or Manchester, all recently confirmed and on sale now from us, priced from Â£20 - a real rare treat.