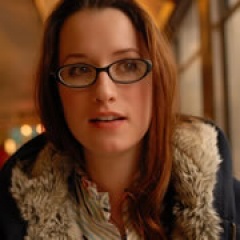 Born in New York with partly Dutch heritage, Ingrid Michaelson seems to have found a voice which is music to the ears of television producers everywhere.

Her career began in 2002 with the debut LP, Slow in the Rain, issued in 2005. Each album since has outperformed the last with 2012's Human Again, Michaelson's fifth, reaching No 5 on the main Billboard countdown. Her progress has been healthily boosted by a knack for the kind of pathos and hooks that US TV drama seems to cry out for. We're not kidding - she's featured on dozens of shows including Scrubs, One Tree Hill, Grey's Anatomy, Brothers & Sisters, The Big C, Ugly Betty, The Vampire Diaries and loads more that UK audiences may be less familiar with.

One Ingrid Michaelson song the UK is more familiar with is Parachute which featured on Cheryl Cole's debut album 3 Words. The ickle Geordie pixie took Parachute to No 5 in 2010, during her Ludicrous Trousers phase. The song's writer, Michaelson, has released a download version but it appears on none of her albums and it seems not to have hindered her one bit with the recent Human Again US tour selling out at every venue. After a summer show at London's Bush Hall, the New Yorker returns to these islands in the autumn.

The short tour kicks off at the Glee Club in Birmingham on 5th November (remember, remember), followed by Manchester's Ruby Lounge (6th) and London's Union Chapel (8th), before the final date announced so far at Oran Mor in Glasgow on 10th November 2012.

We will have tickets available for Oran Mor when they go on sale at 9am on Friday 31st August. We have tickets for the first three dates available now, priced £15 for London and £12 for Birmingham and Manchester.