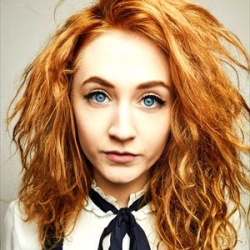 The Janet Devlin will-she-won't-she-tour saga took another twist this week when the pop-pixie announced that her much-anticipated UK tour was to be put on hold for a while longer.

Hey Guys! I wanted to be the first to let you know that my debut headline UK tour has been rescheduled to later this year. I'm so sorry for this, but I hope you can understand why this decision has been made. I need the next few months to fully concentrate on the recording sessions for my debut album, which officially started last week.
Once again, I would like to thank each and every one of you for your continued and loyal support. I look forward to seeing you all out on the road! Look out for a few select shows, together with TV & Radio appearances for the new single later this Spring. This will then be followed by festival appearances this Summer.

Janet's debut album has been partially funded as part of the Pledge Music campaign whereby fans could donate towards the completion of the album. The X Factor singer-songwriter, who at the time of competing was the youngest participant ever, was aiming to have the tracks finished by the time the tour started. She's nearly there, just a bit more tweaking and twiddling to do.

The rescheduled UK and Ireland tour will now begin in the autumn, starting with Bournemouth on 12th September, then Oxford, Hatfield, Sheffield, London, Ireland, etc. until Belfast on 5th October. Depending on the success of the album, she might add more dates. Original tickets remain valid or, if you want to buy some for the first time, they cost from £8.50.