It Bites back with December 2012 UK dates

Posted: 22nd August 2012
The long-serving progressive-pop rockers have lined up a clutch of new shows for late 2012, tickets on sale now 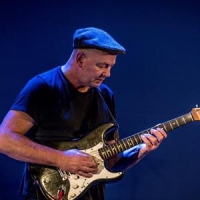 For It Bites, the music game really has been one of two halves. In the first six years or so, until 1990, Francis Dunnery fronted a Cumbrian quartet with a distinctly progressive rock bent. For all that earnest progressiveness, there brightest moment, in a commercial sense, came with the particularly poppy 1986 hit Calling All the Heroes.

Instantly hummable pop with an irresistible hook and an undeniable glint in the eye, Calling All the Heroes cruised to No 6 on the UK chart and seemingly endless radio play. That early peak (it was their second single) was something of a false dawn as the music-buying public (for music was actually bought in the eighties, kids) struggled to reconcile their craving for blue-eyed pop with Cumbrian prog.

The band split in 1992. After an lengthy half-time, the action resumed fully in 2006 with a new front man (John Mitchell) and a heavier sound. Two studio albums later, including 2012's Map of The Past, and It Bites are seemingly here to stay.

The tour kicks off at White Rabbit in Plymouth on 8th December, followed by shows in Bristol, Southampton and Wolverhampton, before the final date announced so far at the ABC in Glasgow on Friday 14th December 2012. We have tickets available now for all shows except Glasgow (on sale at 2.30pm today), priced around £17.50.

In addition to the December shows, It Bites will also be appearing at the Y-Prog Festival 2013 on Sunday 17th March. We have day tickets available now, priced £35. Weekend tickets (Friday to Sunday) are £70.