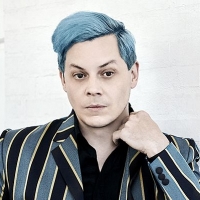 Everything comes to those who wait, especially if you're a Jack White fan. The swamp-blues guitar-wielding master, the Edward Scissorhands of the whammy-bar, has finally given in to touring temptation in the UK by announcing a clutch of shows.

The string of autumn shows marks his first headlining foray since playing three London shows in April and June and being added to the FREE iTunes Festival (8th September, since you ask). Once again, the capital will play its part in this first proper UK jaunt, but then so will Blackpool's Empress Ballroom, a venue significant to White Stripes fans for being the chosen venue for the live DVD, 'Under Blackpool Lights' in 2004.

With new album 'Blunderbuss' set to play a huge part of the tour, the dates look like this: Dublin will be the first stop on 31st October, followed by London's Alexandra Palace, then Bridlington's Spa, Blackpool, Birmingham's O2 Academy and Edinburgh's Usher Hall. Atypical venues for an atypical performer, you could say. We will have tickets on sale from 9am on Friday 24th August. Dublin will be priced at â¬39.05 and â¬44.05, while UK shows will start at Â£29. Support comes from Willy Moon.

Given that White is one of the hottest names in rock at the moment, tickets are sure to sell out very quickly indeed.