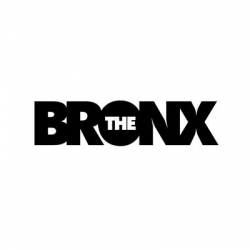 2012 heralds something of a celebration for Los Angeles group The Bronx - they're ten years old. Light up the candles, set the jelly and break out the beers because the band are heading to the UK in a few months to give you a dose of some hardcore medicine, loud enough to blast away the oncoming winter blues.

Matt Caughthran and the band have a new album on the horizon that might show them breaking with tradition since their last in 2008. They've left Def Jam, they've switched bassists and they've since issued two cracking brass-flavoured mariachi albums under the moniker, Mariachi El Bronx. But fans will be delighted to know that they haven't changed much when it comes to The Bronx's fourth album - it's called 'The Bronx'. Again. Just like their previous three, in fact, in respect to their sleeve-art designer - the tiger image on the new album is pretty eye-catching, it has to be said.

Still, it's also all about the music (and the gigs, as one website would correctly put it) and The Bronx haven't wasted any time in backing up album #4 with a string of shows in the autumn. First stop is Middlesbrough on 12th November, followed by Stoke, Reading, Guildford etc until Folkestone on the 18th.

We have tickets for most shows available now, priced from around the £15 mark. London audiences should consider heading out to Kingston's Peel (zone 6, a doddle). If you're feeling in need of new surroundings, The Bronx are heading out on a European tour as support to The Hives straight after that Folkestone show!