Posted: 16th August 2012
Scottish post-rockers assemble 'No One Can Ever Know - The Remixes' and string of live shows, tickets on sale now 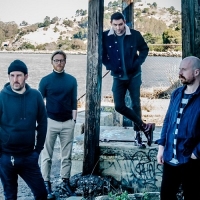 Late last year, we told you about Kilsyth's ear-bleeders The Twilight Sad, a band who will soon be celebrating ten years of creating vast swathes of sonic thunder and who last performed a tour, to promote their then-new album 'No One Can Ever Know', back in the winter, rather aptly given their superbly chilly music.

That aforementioned third studio set for the Fat Cat label has been something of a success - the band's finely-honed hybrid of the pastoral and the powerful, the hypnotic and the disconsolate clearly made an impression on the critics. Comments ranged from one website which urged listener's to 'sink into the band's soundscapes' to another that declared that the songs are 'more than ostentatious angst; they're doors onto shadowy, eerie scenes'. Live reviews teeter on the band experiencing 'applause that's nothing short of rapturous.' That sounds like you seriously need to go and catch them on their next tour, which just happens to have been announced recently.

With another new album on the horizon, a remix set of 'No One Can Ever Know' from the likes of Com Truise, Optimo and Liars, The Twilight Sad will be hitting the road in October, starting with Newcastle on the 18th and followed by Wakefield, Manchester, London and more until Preston on the 27th. We have tickets for these shows from a tenner or less.

Glaswegian fans can look forward to a homecoming of sorts on 15th December at the city's Barrowland Ballroom - tickets for this bigger show are on sale now, priced at £15.