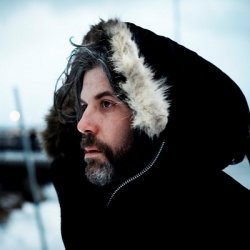 We have received notification that Kristina Train's autumn tour, set to kick off in Manchester late next month, has been cancelled.

We hope to have more details when they become available but, at this stage, indications are that the eight October and November gigs have been cancelled with no news of any rescheduled dates.

Kristina Train might not be a name that you're too familiar with yet, but she's already utilized the song-writing talents of one of our own (Ed Harcourt) and has previously appeared on tour with none other than jazz-fusion legend Herbie Hancock. Although her 2009 debut-album 'Spilt Milk' failed to capitalise on Harcourt's talents, she's clearly learned something from him and another tour buddy, Chris Isaak (she opened shows for him during 2009).

When you learn that the label responsible for that release was Blue Note Records, and given the smooth laid-back nature of early work, it hardly comes as a surprise to learn that she's been causing a stir amongst our more easy-going radio stations with her newest material. Think Rumer, Cassandra Wilson and Isaak, think Orbison and Dusty and you're somewhere close - her single 'Dream of Me' is an appealingly aching little song supported by Train's rather moreish vocals and authentic chunk of retro 'geetar' twanging in the middle. Hit.

The album, 'Dark Black', is at present still due for release at the end of October. The live dates will seemingly have to wait, however.