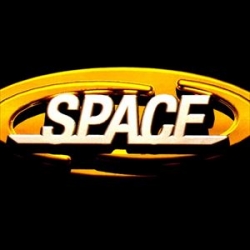 The wet October gloom has been dampened further by news of the postponement of Space's upcoming UK tour, originally due to start later this month. Several shows have already been zapped and although no official press-statement has yet been issued, their Twitter feed suggests that sessions for the upcoming new album overran somewhat and that both it and the tour will resume activity in 2013.

Surviving the cull is the Liverpool show on 21st December (rescheduled from 26th October), with rescheduled dates slowing creeping through (see below)- original tickets valid. There will be further announcements with regards to the tour and their new album "Attack of the Mutant 50ft Kebab", also due in March - watch this space.

Back in 1993, the late Whitney Houston's reign on the pop charts was fairly unrivalled - "I'll Always Love You" still poignantly ringing in people's ears some twenty years later. Take That earned their first #1 with "Pray", Meat Loaf supplied the biggest number one of the year with "I'd Do Anything For Love", 2 Unlimited had "No Limits" and Mr Blobby was on the telly, on your stereo and in your face like some inflated acne-ridden blancmange. Let's be honest - apart from Ms Houston, there was little to shout about. No wonder Space formed a band.

Although the Liverpudlians were too late to save us from the detritus of that fateful year, they made progress with creating some semblance of a setlist by the time their first single 'proper' appeared in 1995. "Money" didn't set the world (or radio) alight, but it was a start and the following year saw all the hard work come to fruition in the form of "Female of the Species", chosen as the closing theme-tune for TV's middle-class weepy romantic-drama "Cold Feet" - suddenly they were very famous.

Follow-ups "Me and You vs the World", a re-released "Neighbourhood" and "Dark Clouds" all helped to brighten the British public's day, with the album "Spiders" and its follow-up "Tin Planet" ensuring some sort of longevity. After breaking the Top 5 with "The Ballad of Tom Jones", a bitter pop-folly with vocal duties shared with Cerys Matthews, Space slipped off the radar, even after issuing the aces single "Diary of a Wimp" - it sadly slumped.

Watch this Space [see what we did there? - Ed] for news of further dates.