Acclaimed Midlanders to perform headline shows in the autumn, tickets on sale now 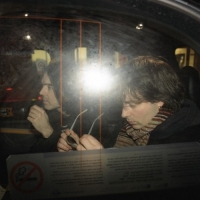 Radars, eh? Every blimmin' music-blog, arts site and hipster-manual has one installed, ready to blow your minds with the latest upcoming band that you should waste your money on. We're no different, except that instead of urging you to prise your hard-earned gig tokens from your pocket and shower them on, well, a right shower, we point you in the direction of artists that sound like they might put on a bit of a show.

In the case of Peace, we've had to work a bit harder. Put 'peace' into Google and it produces the definition that states that "Peace is a state of harmony characterized by the lack of violent conflict and the freedom from fear of violence". A quick glance and 'disco!', an acclaimed band from the Midlands who no doubt believe the first definition to be the basis of such laid-back thoughtful anthemic rock. It certainly should be.

After a few false starts, a decent last single "Follow Baby" and a release rate that's unlikely to worry the likes of Conor Maynard anytime soon, Peace have struck gold with their new EP "Delicious". Now signed to a (whisper it) major-label, lead-off track "California Daze" is set to get those hipster radars twitching again. And they only formed a matter of months ago.

Lauded by Mystery Jets, compared to Arctic Monkeys and, yes, The Monkees, their sound is awash with surfer-boy pop chops and fly-girl bounce, with "California Daze" being a bit of an exception - it's a dead slow woozy summer comedown of a tune. Like. You can pick up a free download of it at their website (www.peaceforeverever.co.uk).

After traipsing around the UK for two months earlier this year, Peace have opted to calm things down a bit with less shows for the rest of the year, starting with Shoreditch on 24th August, before resuming live action on 20th October in Oxford (Gathering with Jake Bugg and Dry the River), then onto Cardiff (SWN Festival), Nottingham, Manchester, Glasgow etc until winding up on home territory on 31st October at Birmingham's Rainbow.

We will have tickets available for most of the shows from 9am Friday 10th August, many priced at Â£10 or less. The Oxford Gathering costs Â£15 for a wristband pass to the city's small indie Gathering festival.