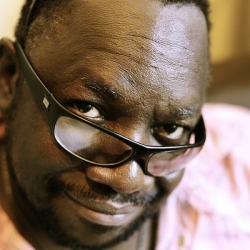 London has always been a culturally-diverse city and it's not just down to the Olympics. Whole residential areas have trademark ethnicities that are as broad as you can get in a modern 21st conurbation. This becomes none more noticeable than when the capital organizes its music festivals - from Asian Mela to South American celebrations at Carnaval del Pueblo, Notting Hill Carnival to Jazz Festivals and the South Bank's Festival of the World.

Now in its 10th year, the London African Music Festival 2012 promises to strengthen London's grip on being Europe's leading cultural centre, by not only presenting music and performances from the second-largest continent in the world behind Asia, but also its customs and its future. Even if you are unfamiliar with African performance, you'll find something to like during the two weeks from 14th to 29th September.

This year's highlights include Afro-soul and jazz star and occasional Jazz FM/ BBC London presenter Jumoké Fashola performing at Vortex Jazz Club (Fri 14th Aug - £12.50), Lucky Ranku, Gary Crosby and Omar Puente cooking up a stew of African, Jamaican and Cuban jazz and soul at the Vortex (Mon 17th Sep - £12.50), the incredible The Congo Allstars appearing at the Jazz Cafe (Sat 22nd Sep - £17.50) and, at the same venue, the African Jazz Allstars complete with Lucky Ranku and a role-call of the very best African musicians in the game (Sat 29th Sep - £17.50).

Mad Professor, Carmen Souza and Modeste also feature along with many more key acts and tickets are available via us now with limited spaces at some shows. Check below for availability.