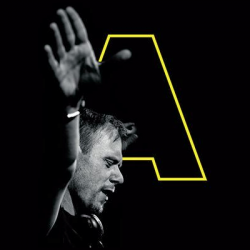 The description 'superstar DJ' conjures up glitzy lifestyles festooned with gleaming cars, jewels, girls, guys, drugs, champs and glamorous locations across the globe filled with eager E-addled punters throwing shapes at your every move. In some cases this is certainly true but in Paul van Dyk's, early hardship and oppression have kept the affable East Berliner grounded, at least when it comes to thinking about wider issues other than getting wasted. For him, life behind the Berlin Wall was very much a reality - imagine not being able to listen to any free radio, not flicking through vinyl in a record shop or having to smuggle music into the country, three reasons enough to welcome the Wall's ultimate demise.

And pulling down walls is something van Dyk has continued to do since becoming one of the world's most highly-paid DJs, second only to Paul Oakenfold and Tiesto. He eschews drugs, doesn't go a huge bundle on war, has donated time and cash to social-improvement projects in India and beyond and has encouraged the Rock The Vote movement. In his spare time, he tours the world and makes albums. Cushy number? Think again. He's made six studio albums in 18 years and has probably spent more hours in the air than behind a set of decks or laptops.

Later this year, after big-time slots at the UK's South West Four 2012 and Creamfields 2012 festivals in August, van Dyk will be playing out long, LONG sets across the globe as part of his Evolution World Tour. Luckily, he hasn't forgotten about us. On the 29th September, he'll hit Glasgow, followed by Leeds on 5th October, Coalville on the 12th, Brixton's Electric on the 13th and finally (for now) Manchester's revived Warehouse Project on the 20th with Armin van Buuren. The latter show is sold out but others are available from us now, priced from £20 upwards.